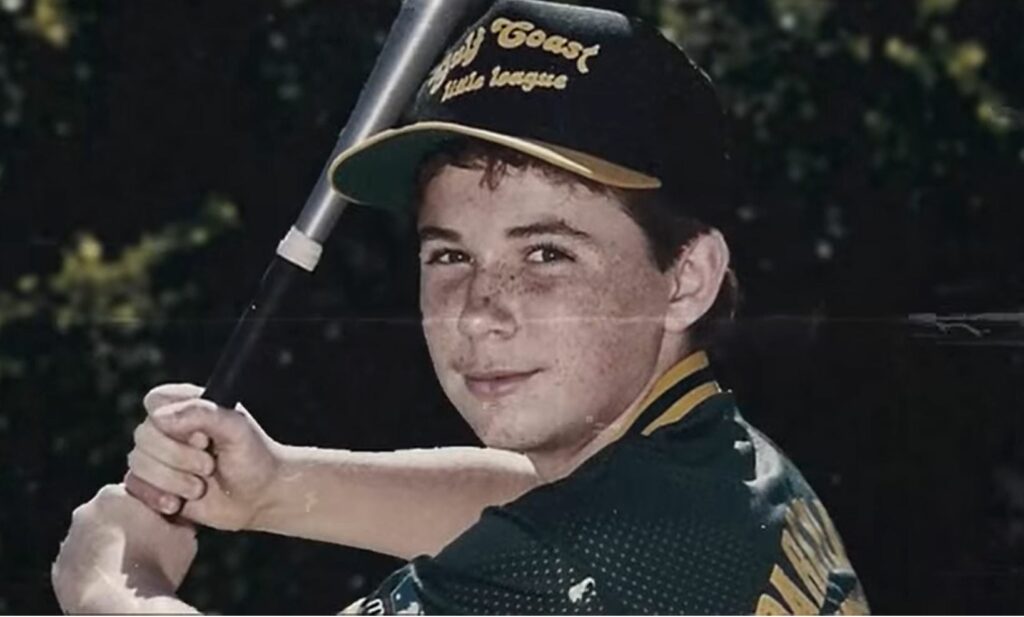 The world looked a little different than it does now, but when I was in middle school (1986-1989) I thought I was a pretty big deal.  I’d always done well in school, and had begun mastering the ability to earn high grades without putting in very much effort.  I played a whole lot of football and baseball, and even though I had never played on a basketball team I was pretty sure I was going to be great when I got to high school because I could knock down shots consistently from anywhere on the driveway.  (That’s actually true.  What I didn’t realize was that in high school basketball there were going to be all these big, quick guys trying to stop me from getting open shots.  It was a real wake-up call.)

In those middle school years I wasn’t the coolest or most athletic, but I managed to get along pretty well with just about everyone.  Our school wasn’t especially diverse, but we were probably around 10-15% minorities.  I had Black classmates and Hispanic classmates with families that originated in Mexico, Central America and the Dominican Republic.  I had no problems with students of other races.  I wasn’t a racist.  I could be friends with anyone.

I also remember one day when a white friend of mine named Mike got chased around the school by a Black student.  Mike had dropped his folder or something and when the Black kid handed it to him, Mike said, “thank you, slave”.  I knew that wasn’t a great thing to say, but it was kind of a funny story.  I remember on the bus ride home each day that we went past some farms, and I’d often hear kids joking and calling the migrant workers “tomato pickers”.  That was funny too.  One time, our 8th grade social studies class was going to do a project about slavery.  Our teacher told us about it a couple weeks in advance, and for the next week in that class this one kid (whose name I’ll withhold) would launch into this over the top act in his best (worst?) cartoon-like slave voice, saying things like “don’t whip me boss, I’ll be good now boss”.  After a few days of that, the teacher wisely realized much of our class lacked the maturity to handle the slavery project, and it was canceled.  I didn’t really care one way or the other, but that kid in class with the voice was hilarious to me.  You’ve probably guessed that while there were Black students in the school, there were not any in that particular class.  That being the case, what was the harm?  We sat back, laughed and enjoyed the show.

I remember so many racist jokes.  I remember a kid on the bus who called out racial slurs from the bus window at a Black man who had some kind of roadside business.  And while I was rarely an active participant in any of this behavior, and I was friends with Black and Hispanic students, for some reason none of this stuff bothered me at all.  Not even a little.  I had the luxury of watching all this go down, and could decide to be amused by it or ignore it, but it certainly didn’t need to bother me.  It wasn’t hurting me.  Or so I thought.

In the past 23 years, much of which I’ve spent working in public education and working with coaches, I have learned quite a bit.  I suppose I have come a long way.  But I have never apologized to anyone for my role in all that inexcusable middle school behavior.  This feels like a good place to begin that process.  I am sorry.  To my Black friends, I am sorry.  To my Hispanic friends, I am sorry.  To the students and other people I failed to stand up for, I am sorry.  To my white friends, both the offenders and bystanders, I am sorry for not calling you out, or calling you into a conversation.  I realize that 12-year old me probably lacked not only the courage, but also the awareness and experience to do those things well, and I’m sorry for that too.  So whether you want to label 12-year old me as a racist, or give me something of a pass because maybe I just didn’t know what to do at the time, I can live with it either way.  But what I’m not willing to live with is to move forward and do nothing.

As I prepare to coach middle school athletes this fall, in addition to working to build a city-champion football team, we’re going to be talking to these kids about how we treat each other.  We’re going to talk about how we treat and talk about people of different races.  I’ll tell my stories, maybe even read them this very post, and we’ll talk about how to show love and respect to all.  I’ll be talking to the rest of the staff, suggesting that maybe we look at bringing in the team from Positive Coaching Alliance for a workshop and/or using their “Sports Can Battle Racism” curriculum.

It makes me sad to realize that even as I typed those last few sentences, there are some who will read them and object or roll their eyes, thinking “Why can’t football just be about football?  Why does everything nowadays have to be about race?”  Here’s what I know — I am saddened by the way things were at my school and the things I failed to object to 30-plus years ago.  What if there had been a coach who was committed to skillfully and tactfully showing me a better way?  That would have been a great gift, but it didn’t happen.  Well here we are in 2021, and I’ve got an opportunity to be that coach right now, so that these kids don’t have to look back and wonder, what if?  I’m not going to miss that chance.