The Power of Sports/The Problem With Sports

Listen to the CFC Podcast about this lesson

Americans love sports. There is no recreational, elective activity that involves a larger number or more diverse group of people in our country than sports. According to the US Census Bureau, approximately 50 million American children are involved in organized sports. That is an astounding number that requires us to ask some important questions, particularly when one consider 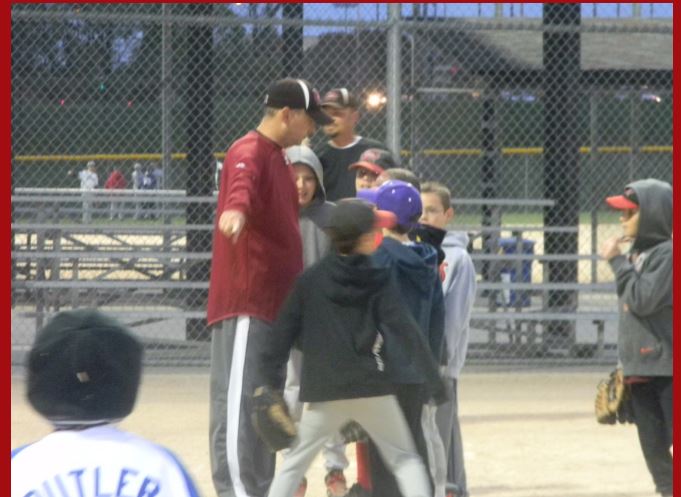 s that an incredibly low percentage of these young athletes will ever compete at the collegiate level. The percentage that will someday play professionally is microscopic.

So with all these millions of young people competing, it’s fair to ask, what is it all for? As a society, why do we commit all these resources to providing kids with opportunities to play? Years ago, children often played sports with their peers, with little or no adult involvement or supervision. For the most part, those days are gone. Youth and school sports have become a major industry – conservative estimates suggest that we spend over $5 billion each year on signup costs, equipment, lessons, travel, etc., according to Forbes Magazine. And ask any adult, especially coaches and parents, involved in this zealous sports culture about how much time they invest over the course of a year and they will have trouble adding it all up.

Here’s the question: if we are spending so much time and money so that our kids can play, what are the desired outcomes? What is the purpose of having children play organized sports?

Perhaps most obviously, sports are perfect for getting kids off the couch. In a nation that’s increasingly out of shape, seeing our kids playing and being active is valuable. Many adults also subscribe to the commonly held notion that sports are great tools for developing positive character traits in young people. There is little doubt that sports can and should be used to develop character. However, author and former NFL lineman Joe Ehrmann says it well:

“One of the greatest myths in our society is that sports build character. They can and they should. But sports don’t build character unless a coach possesses it and intentionally teaches it.”

Some might take issue with Ehrmann’s assertion that our modern sports culture is failing to develop character, but actually there is research that backs his point. ESPN.com reported on a 17-year study conducted by Sharon Stoll, a professor at the University of Idaho. An excerpt from the article:

Stoll, a professor at the University of Idaho, has spent her career studying the values and morals of elite athletes, and concluded that a great many jocks are deficient in moral reasoning, which governs honesty, fairness and responsibility.

“In sport we have moved away from honorable behavior,” Stoll contends, with more emphasis on winning at all costs and material rewards.

The study conducted by Dr. Stoll produced alarming results. 72,000 athletes measured over a 17-year period provided us with a few noteworthy realizations.

1. The moral reasoning capabilities of athletes consistently fell below that of the non-athlete population.

3. The longer athletes participated in sports, the more their moral reasoning was negatively affected.

4. Females consistently scored higher than males, but those averages were converging and the study expected no significant difference within the next five years.

These are but a few examples of the issues that this study demonstrates. But in many ways, this study confirms what many of us know all too well – that the youth and school sports culture has spun out of control. We have a problem. And our children are caught right in the middle of it.

For discussion/reflection:
1. Share a story about how you fell in love with sports.

2. Talk about a time when you have seen sports gone horribly wrong.

3. What do you see as the biggest problem in our modern sports culture?