As a young coach, largely unaware of my primary motivation for coaching, I thought I was doing a pretty good job most of the time. I honestly cared about my players and wanted the best for them. What I failed to realize was how much of my own personal baggage I brought into my role as a coach. I didn’t understand how much of my own self-worth was tied up in my team’s performance.

Although I really did care about the athletes, I cared about myself just a little bit more, and as a result, I had far too many relationships with young people that were based on what they could provide for me. I was an adult having my need for significance met through the performance of kids. When I first read 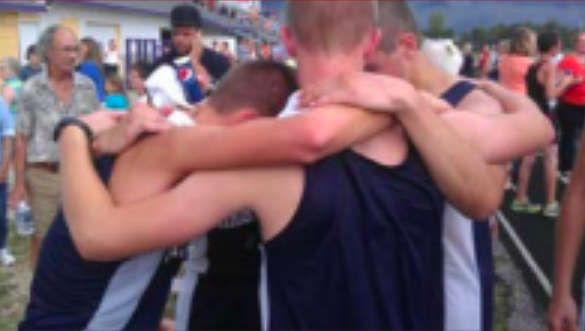 InSideOut Coaching, I learned that I had been a “transactional coach”. Although I was a reasonably good guy, I was relating to many of my players as if our relationship was a business deal. I would care about them and coach them well as long as they lived up to their end of the deal. If they failed to perform, or worse, decided to stop playing for us, I had very little time for them. In chapter three of InSideOut, Joe defines for us the difference between a transactional and a transformational coach.

1. Joe Ehrmann contrasts the Greek (transformational) and Roman (transactional) models
for sports. How do you see the tension between these two ideas in our world today?

2. On pages 74-86, Joe discusses various types of transactional coaching. Dictator, Bully,
Narcissist, Saint and Misfit. Glance through those descriptions and think/talk about which
of those might apply to you when you’re at your worst.

3. In the passage from Sandlot, Bill gives us thoughts on ten topics including Pressure, “Press
Mode” and Burnout. He writes, “When your kids understand that all you want is their best
effort and that, win or lose, you love them no matter what – that is the best piece.” How
can we lead our players to put forth their best effort and compete to win, while making it
clear they are loved win or lose?

4. On page 67 of Sandlot, 2011 World Series MVP David Freese talked about how his parents
supported his decision to give up baseball after high school. Bill writes, “Let your kid know
you’ve got their back.” What are some ways we can show every one of our players that
we’ve got their backs, and that their value to us is not based on how well they play?