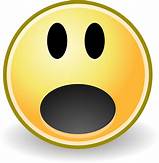 “If you’re going to be scared, get off this field!”

Did I really just yell that at a 13 year old?  Man, I really screwed that up.  What was I thinking?  Where did that come from?

It was the fall of 2016, and I was telling a 7th grade kicker that he was about to try a 30 yard field goal.  He had never kicked one that far, but at that point in the game, it was worth a shot.  I was looking for an eagerness, a can-do, determined look in his eye.  Instead I saw panic — and you know what happened next.

Wouldn’t it be great if every once in a while we could get a do-over in life?  I’d have used one then.  In hindsight the right move seems obvious — something like “I can see you’re nervous about this kick, but I believe in you.  Just give it your best shot.”  That would have been a much better way to go, and really shouldn’t have been very hard to come up with.  There was just something about that kid showing fear that plucked at something inside me.  I didn’t like it, and I reacted quickly, harshly and thoughtlessly.

When I got to the sideline and found him crying on the bench I pretty quickly realized what I had done and how badly I’d blown it.  I did my best to make it better and say the right things in that moment and again after the game.  But thinking of that split second reaction still makes me cringe.  I wish I could have it over.

The good news — that kid is about to graduate from high school.  I had him in class as a 10th grader.  I’ve had the joy of watching him play a bunch of games in multiple sports over the past four years.  He’s about to head off and be a college athlete.  He and I are good — no issue there.  For my part, I’m incredibly grateful that although I won’t get a second chance at that moment, that God can take our mess-ups and redeem them.  And I know I learned something that I can use to do better next time.  I don’t need to be afraid of young people showing fear.  It doesn’t need to trigger me and set me off.  I can help them learn to stand firm and show courage in the face of their fear.  To think, all that from a field goal attempt in a 7th grade football game.  Aren’t sports beautiful?