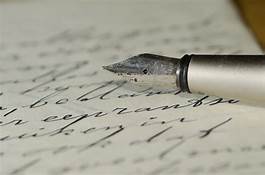 Five years ago I was teaching at a middle school and had the opportunity to coach a group of 7th grade boys in their fall football season.  Going in, I had something of a connection with a decent number of those kids — either from having them in class as 6th grade students, or from them being friends of my son who was a player on that team.  For two seasons I was blessed to coach that group, and when they went to high school, so did I.  I have taught at the high school down the street for the past four years, and while I never joined the coaching staff there, I’ve maintained a connection with many of those students.  I’ve had a bunch of them in class, and have watched them play dozens of games in all different sports over these past few years.  Some of those kids went to different high schools and I haven’t seen nearly as much of them, but I’ve tried to keep track as well as I can, and those guys are definitely on my radar as well.  So as they are all getting ready to graduate in a few weeks, I wanted to do something to mark the occasion.

I remembered back about 20 years ago when I was coaching in Florida, and one of the other coaches on our staff, who I thought of as an older brother, wrote me a note.  I hadn’t received many of those up to that point in my life, and it made an impact.  I don’t remember his exact words, but Jamie had written something about how he appreciated the way I interacted with kids and was willing to invest in them.  A few years later, when our family was ready to head to Kansas City, I got another note, this one from Bill, the head coach who had first hired me ten years earlier.  I still have that one safely tucked away in a folder.

I realize we’re all different, and some might be more moved by a note like that than others.  But for me, those were special.  So I decided to write to each of these former players — nothing too spectacular, just a note that says some version of congratulations, you matter to me and I am in your corner.  At first I wondered how I was going to make time to get them all written and addressed, and then I realized that I spend a lot of time sitting and watching my boys’ baseball games this time of year, and if I could get 3-5 notes written at each game for a few weeks they’d all be finished.  That’s just what I did, and I’ll get them in the mail next week.

Why am I telling you this?  Should every coach write 30 notes to former players who are about to graduate from high school?  That’s up to you.  But you know, it doesn’t have to be 30.  Maybe there’s one person today who you can bless and encourage with a note, letting that person know that they matter to you, and that you’re in their corner.  It only takes a minute and there’s not really any downside.  Give it a shot — write a note or two.  You never know the impact you might have.