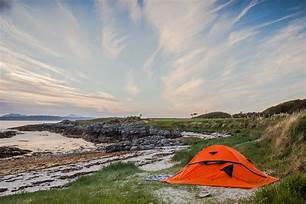 Last week I received an email from Sam Knopik, a good friend and Head Football Coach at Pembroke Hill, a school in Kansas City.  Sam had decided to loop me in on a camp adventure that he’d arranged for his players and coaching staff.  As I read, it was clear to me that his account of the team’s time away provides a nearly perfect depiction of transformational coaching.  We close every post on our site with the line, “Let’s Coach With Purpose…” and reading Sam’s words provides an image of a leader who is doing just that.  No doubt it takes more than one person to pull off a trip like this, and it’s not something everyone can do.  But what everyone can do is be intentional about putting forth this type of effort and coaching with an eye on providing experiences that transcend a particular sport.  Basically, everyone can do their best to care about young people the way Sam does — as you read, you’ll see what I mean.

Below is the text of an email that went out to players’ parents, and I’ve removed the names of the players to protect privacy.  If you’re intrigued by what you read and would like to talk about planning something similar for your team, please feel free to reach out to me at ryan@communityforcoaches.org and I’d be happy to connect you with Sam.