I Can’t Believe I Get to Play 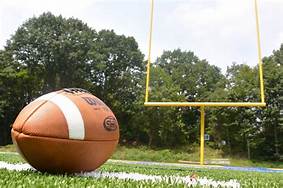 It’s that time of year — summer workouts, camps, etc., and a couple weeks back I had the chance to get out on the field for middle school football camp.  It was four days in shorts with kids ages 12-14, and it was a blast.  I enjoyed all the young players I had a chance to work with, but one of them stood out in particular.

Unlike most of the coaching I’ve done in recent years, none of these players was one of my sons.  None of them are classmates of one of my sons — all my boys are in high school or older these days.  But there was one guy who I had coached a few years ago, when I had a group of mostly 6th grade boys in the fall of 2019 that also had a handful of 5th graders mixed in.  Seeing this guy, albeit a much bigger version of him, on the field again brought back one of my favorite coaching memories.  On that old youth team, despite my lack of experience and qualifications, one of my responsibilities was to work drills with our defensive linemen at practice.  I never felt very confident in that role, but I did my best.  And I’ll never forget how that one 5th grade boy would get into his stance, no matter what the drill was, with a big smile on his face.  Sometimes as the drill was about to begin, he’d say things out loud like, “I can’t believe I get to play football.”  It was quiet, to himself, but loud enough for me to catch it.  This was no act — it was as authentic as it gets.

I’ve coached plenty of great attitudes and enthusiastic kids over the years, but I’m not sure I’ve ever had anyone else mumble to himself about how happy he was to be there on the field, being coached by me.  While I definitely can’t claim any credit for this guy’s enthusiasm and love of the game, seeing him out at camp did a couple things.  First, it brought back a really fun and encouraging memory.  Also, it provided a reminder of why I do this and the target I’m shooting for.  I realize most athletes aren’t actually going to say “I can’t believe I get to play” for me to overhear, but I want to do everything I reasonably can to put that feeling into their hearts.